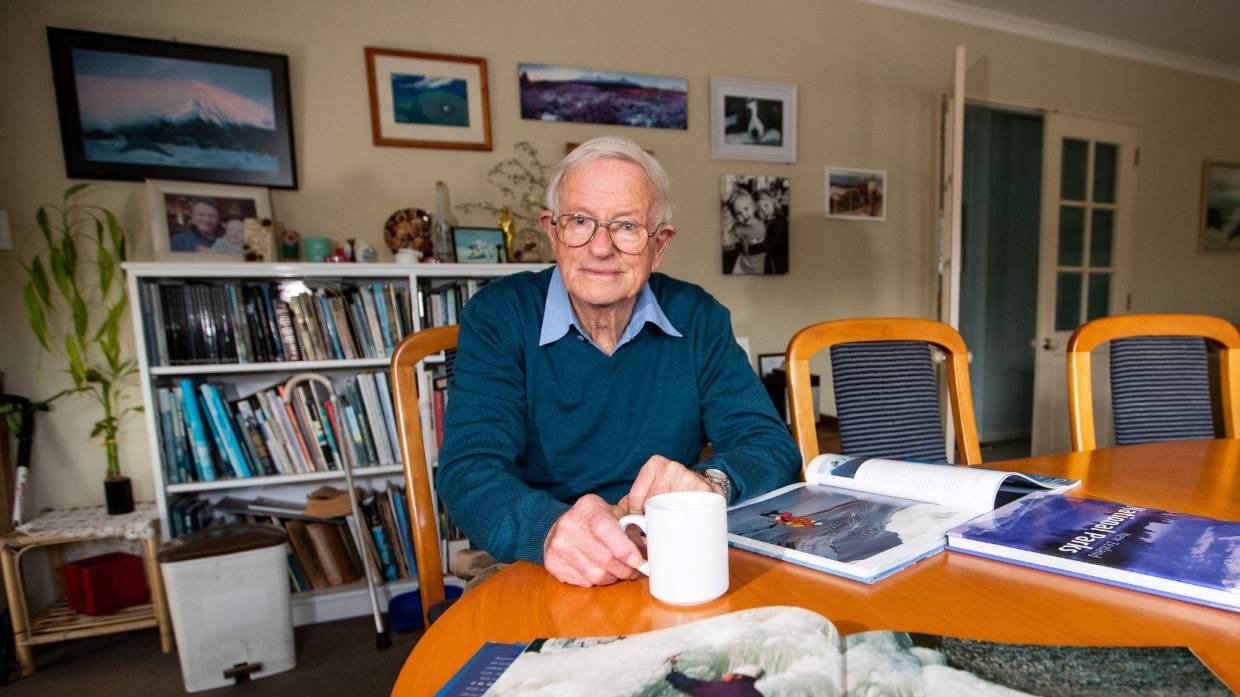 The mountain’s reputation as one of the most dangerous peaks in New Zealand to climb did not deter the adventurous 20-year-old joining the club in 1952.

Within a year he was involved in helping rescue a group of nurses as they descended icy slopes in the dark.

Six people were killed in the July 26, 1953, tragedy, which remains the highest number of deaths from one incident on the mountain.

Quickfall, 90, gave up active climbing and tramping on Mt Taranaki a decade ago after a lifetime of involvement, including 40 years as a search and rescue volunteer.

On Saturday he will meet up with many of former and present club members for the club’s 90th anniversary.

A celebration luncheon has been organised at the historic North Egmont Camp House at midday.

“The mountain was always there and I had done a few day trips before I joined the club,” Quickfall said.

He has summited the peak numerous times – the last in his 70s.

“When you’ve reached the summit it is terrific to look out on Taranaki and feel the achievement of getting there,” he said.

But it was the club’s social activities that attracted him at first.

“Members would meet in New Plymouth on Friday nights and from there would plan trips on the mountain for the weekend,” the retired New Plymouth chartered accountant said.

“It was enjoyable climbing the mountain but the social atmosphere was great.

“Half a dozen relationships developed into marriages between club members during my time.”

Access to the club’s first lodge on North Ridge was on the North Egmont side of the mountain.

“Some would head up on Friday nights but others would go up the day before,” he said.

The corrugated iron-clad lodge was uninsulated and had only a pot belly stove for heating.

Inside the hut always smelt of wet clothing, he remembered.

It was mandatory for club members to take 1-2 sacks of carbonettes to feed the fire on the climb to the lodge, he said.

Club members learnt the basics of climbing techniques from older members as there were no courses available.

“We wore woollen singlets and long johns which were warm until they got wet, and we didn’t have the lightweight equipment around now.”