A stunning no–wind morning greeted the eight of us at Stratford Plateau at 7:30 a.m. The objective was to ascend Curtis Ridge, visiting Fanthams Peak, then return via Kapuni Lodge, Kapuni Stream and Wilkies Pools.  This being a summer trip the early arrival of ice higher on the ridge meant an alternative adventure was likely.  Progress up the ‘closed’ Curtis Ridge track was surprisingly good and we reached the Priests Fingers (1580m) by 9 a.m.  A short explore further up the ridge was followed by the decision to drop directly into the Kapuni Stream.  Frozen moss and ice that had been deposited the day before meant some careful descending was required. The highlight of the climb back up the other side was a short rock band that tested our rock climbing skills!  From just below the Knoll we traversed onto the Fanthams Peak summit track then descended for lunch at Kapuni Lodge.  The track down to Kapuni Stream lived up to expectations as being steep and overgrown.  It took us an hour to pick our way down to Wilkies Pools then a further 40 minutes back to the Plateau.  A big!! thanks to Phil Whitwell and Greg Banks for leading, and the excellent company of Will Johnson, Mike Keene, Nadja Bernhardt, Glen Hodges, Phoebe Fang and Rudi Smith. Well done team! 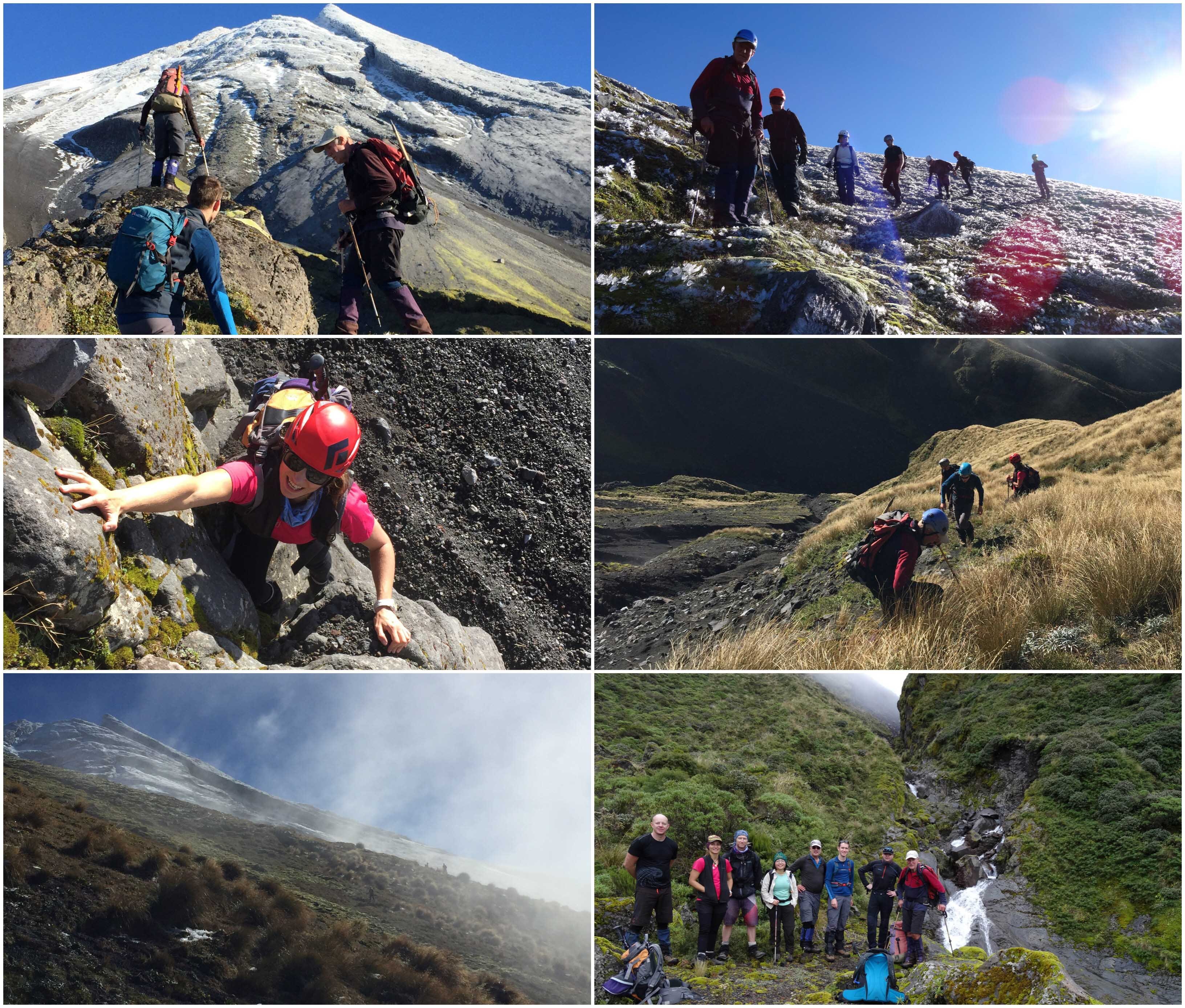