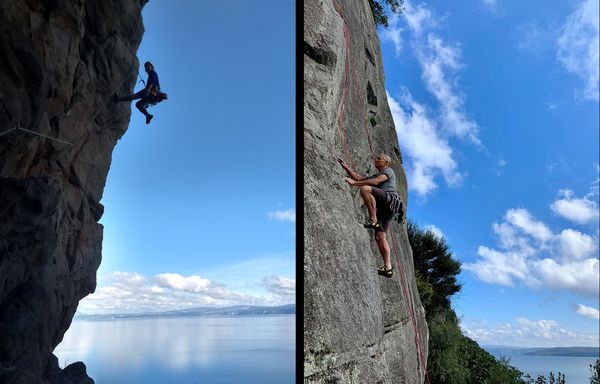 Well, turns out the best way to precipitate winter storms is to meticulously plan a party at the lodge for the birthday celebrations, which according to the forecast, are going to be under the first decent snow dump for the year. Whatever, we’re having one anyway. So put on your snowshoes and see you all at the lodge on Sunday night. Wind, snow or shine.

Hey but despite the less than wintry weather, we’ve made the most of the lingering summer, with a successful club rock trip to KBay, resulting in a a bunch of routes climbed and several requests for a repeat visit soon. In that regard watch this space, I’m open to temptation for a winter rock weekend at the same venue, particularly if the snow doesn’t behave.

Also the lodge rebuild is now officially complete, on the books anyway. Minor tinkering will continue, but the job is done. Well done to the team who put in so many hours to this project.

Lots more in the coming months too, starting with Greg Sharman’s club night next week, covering his trip to K2 base camp. Always good to hear back from members climbing overseas.

Our club Buddy walks start up again once the snow arrives. This is one of Alec Heilbron’s better ideas, where an experienced club member, usually Alec, makes themselves available on a given weekend to go on a relatively low difficulty, but nonetheless entertaining cruise about some of the lesser frequented localities and provides a bit of advice, along with a liberal sprinkling of anecdotes. Targeted at those new climbers, those getting back into condition, or those that want to marvel at the durability of climbing clothing produced in the late 1980s, these trips are highly recommended. Contact Angela Hampton // committee4.tac@outlook.com for details and dates.

Here’s hoping the snow comes soon, see you out there!